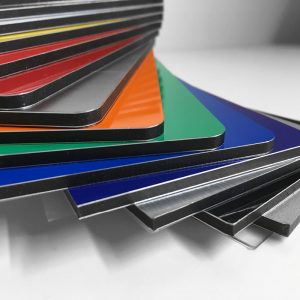 The signage industry has been built on the successes, rework and necessary failures of many noteworthy dads in the industry who are posthumously revered today.

One of these men is the inventor of vinyl chloride. Vinyl chloride was initially discovered in 1837 by the French physicist and chemist, Henri Victor Regnault. Even though this initial version of PVC needed a lot of work, the dad of one can be noted as the creator of what we acknowledge, love, use and treasure like gold in the signage and graphics industries today. Without his contribution, we definitely wouldn’t be at this stage presently.

Another interesting fact about Regnault is that he reared a legend – similar to himself of course! He did not only contribute to our industry, but he also contributed greatly to his son’s life, who went on to become a talented and notable French musician.

However, Regnault is not the only dad who has managed to shape the industry in a significant way.

The French engineer, chemist, and inventor, Georges Claude, was the first person to apply an electrical discharge to an airtight tube of neon gas.

In the 1920s, the father of three and his French company Claude Neon, introduced neon gas signs to the United States, by selling two signs to a car dealership located in Los Angeles, California.

Another material that is respected in the industry is Aluminium composite material (ACM). This material is useful for wall cladding, road signs and so much more. Without aluminium, the aluminium based sandwich panel clearly would not exist today.

Hans Christian Ørsted was the discoverer of aluminium metal. The father of four was a famous Danish physicist, who actually didn’t give much thought to his discovery of the metal.

The beauty of the signage industry lies in the physics and innovation behind the creation of products.

Although vinyl and neon signs remain extremely popular and favoured, today we have reached a destination which involves technological innovation and the world wide web. You can be sure that even presently, there are many dads who work around the clock to ensure that the signage industry remains viable and that their kids are well looked after.

Dear dad, this is for you

Being a father and being a part of impactful work in your chosen field helps make life a lot more meaningful. To positively contribute towards the lives of other people, including your children, makes dads one of the few pillars that hold everything together.

This list could probably go on as there are many other dads who have also contributed to the success of the signage industry. If you’re a dad in our valued industry and you’re reading this, then proudly consider yourself one of them!